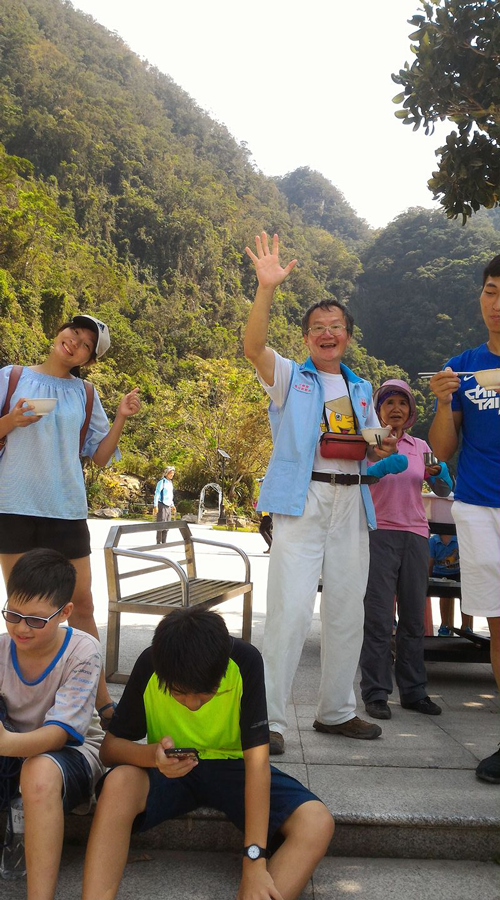 Synodal attitudes in a Marian shrine in Taiwan

Asia
Format: Texts & Image
Type: Communication
Organisation: Archdiocese / Diocese
Twitter Share
Facebook Share
Whatsapp Share
Email Share
Jesuit Augustine Tsang, of the Saint Robert Bellarmine Faculty of Theology in Taipei, Taiwan, tells us a beautiful synodal story that takes place in the Marian shrine of Wu-Feng-Qi, located in the mountains of Yi Lan County in Taiwan. It is about the evangelisation action carried out by John Paul Lin, one of the shrine’s volunteers who, through closeness and listening, enters into dialogue with people, most of whom are not Catholic. To do this, he uses the sanctuary’s religious symbols to pedagogically explain the contents of the faith. His goal is to involve them in Christ’s mission.

The shrine was built in honour of Our Lady who is said to have appeared to five mountaineers who were lost at night and had to return to Taipei and their work. The five, non-Catholics, said that a Lady led them safely up the mountain and identified the Lady as the Mother.

The shrine was built by the archdiocese of Taipei. It has a chapel, a cave of Our Lady and some buildings. A priest and some nuns live there, and sometimes lay Catholics can use the place to rest and retire in silence. Since the shrine is halfway to the top of the mountain and there is a waterfall nearby, it is a favourite place for mountaineers and tourists from all over Taiwan, including foreign countries.

John Paul Lin is originally from Taiwan. He is highly motivated in the evangelisation and synod process, aware of the rapidly decreasing number of Catholics in Taiwan. His zeal and dedication are truly remarkable and admirable. In a simple and accessible manner, in his dialogues with tourists, he also answers their doubts or questions about the Catholic faith.