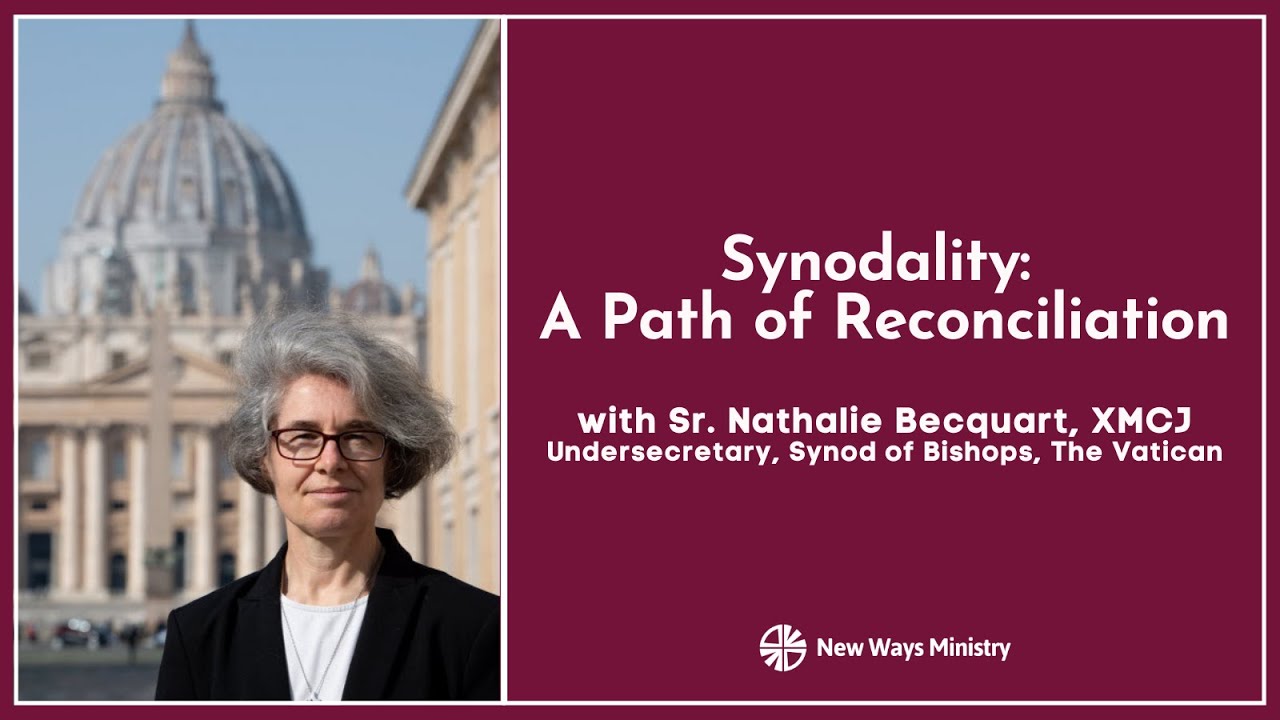 Earlier this year, US theologian Brian Flanagan of Marymount University, who is writing a book on synodality, presented a webinar on ‘Celebrating Synodality: synods as a spiritual practice’, in which he discussed the more contemplative side of synodality, as well as ways in which people can prepare themselves spiritually to participate in the process.

The webinar was aimed more specifically at an LGBTQ audience, but the content can be used more widely. It is another initiative proposed by New Ways Ministry, founded in the United States 45 years ago, which advocates for justice and equality for LGBTQ Catholics in the United States.

Last April, Sr Nathalie Becquart, Undersecretary of the Synod of Bishops, participated in another webinar with a talk on “Synodality: a path to reconciliation”.

At the opening of the session, Francis DeBernardo, expressed NWM’s appreciation for the undersecretary’s participation in this online initiative, officially aimed at an LGBTQ audience, which was attended by more than a thousand people from 37 countries.

Sister Nathalie Becquart presented the objectives and timetable set for this synodal process, which, she stressed, is “an event to which the whole Church is summoned”.

In her presentation, she shared various graphic resources and testimonies from around the world to illustrate the objectives of this Synod, which “is the most important historical moment since the Second Vatican Council”.

The speech was a true synodal meeting, with moments of prayer, listening and dialogue in which everyone was invited to discern.

In addition to issues related to LGBTQ participation in the life of the Church, the role of women in the Church was also addressed, among others.

Sr. Becquart’s talk is available on Youtube, in English.