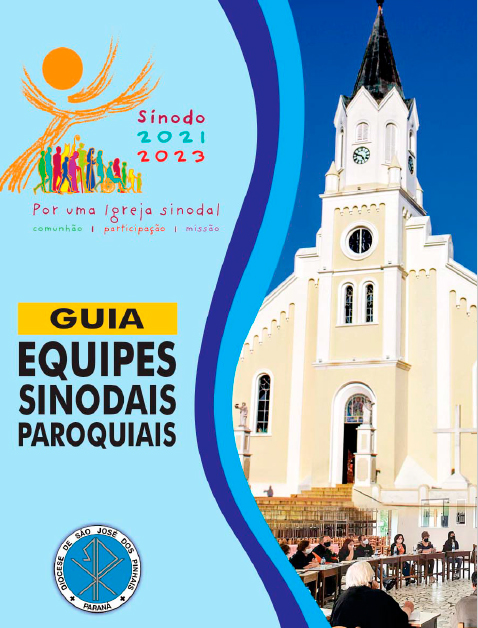 Paraná tells how it is experiencing the synodal process

The Commission for Communication of the Synod of Bishops has recently held several meetings with those responsible for communication in the Church in Brazil and Latin America. Representatives of various structures and organisations participated. Some meetings were held in Portuguese and others in Spanish. It was decided to share the contents of the Synod, so that everyone could follow the different realities and initiatives, including in this region of the world.

Karina de Carvalho, communications advisor of the National Conference of Bishops of Brazil-CNBB Sul 2, shares with us some information on how the diocesan phase of the Synod of Bishops was prepared and is lived in this region of Brazil.

“The 18 archdioceses of Paraná, the metropolitan and the Ukrainian Catholic eparchy are living this synodal time with commitment, dedication and creativity,” describes Karina.

At the opening of the Synod in the archdiocese of Cascavel, on 17 October, representatives from all the parishes participated, with the diocesan cathedral full, with more than 2,000 people.

In every part of the local church, reports de Carvalho, something special is being done. One example is the diocese of Guarapuava, in the central region of Paraná, which is producing several lives meeting and other videos about the Synod, available in a playlist on the Youtube channel of the diocese of Guarapuava, to educate and inform about the ecclesial event. Some of this material is presented in Portuguese sign language.

In another story picked up by Karina de Carvalho, according to the diocesan pastoral coordinator, Father Genivaldo Ubinge, Pope Francis’ call for this wide-ranging listening during the diocesan phase of the Synod of Bishops was received with great joy and enthusiasm in the Archdiocese of Maringá: “We see in this Synod an opportunity for our particular Church to also reflect on its synodality”. The complete article in Portuguese, with all the materials, can be read here